Coach Kristy Schroeder took the helm of the Cosumnes River College Softball Program in 2011. Over the past eight years she has taken the Hawks to post-season play five of those seasons (2011, 2015, 2016, 2017, 2018). Schroeder led the Hawks to a Big 8 Conference Championship in 2015. During her tenure the Hawks have made four Super Regional appearances (2011, 2015, 2016, 2017) and earned a fourth place finish in the 2015 CCCAA State Championship. In that year, Schroeder was named Big 8 Conference Coach of the Year. Schroeder has coached numerous all conference, all-region, and all-state players at Cosumnes River College. In Schroeder’s past nine years she has created a culture of winning and more importantly a tradition of helping Hawk alumni transfer to the next level.

Schroeder came to CRC with a plethora of coaching and playing experience at several different levels.

Schroeder previously served as the Head Softball Coach at UC Santa Barbara. From 2002-2007, she collected 173 wins and turned the Gauchos program into an annual contender for postseason play. During her time UCSB made its first and only NCAA tournament three appearances in school history. In 2003, her second year with the Gauchos, she led UCSB to a 34-22 mark, the best overall record in school history and coached the Gauchos’ first all-American. She earned Big West Conference Co-Coach of the Year honors in 2002.

In her first head coaching position, Schroeder led NCAA Division II Truman State University to two Mid-America Intercollegiate Athletics Association (MIAA) championships in three seasons. Each year the Bulldogs were regional finalists in the NCAA tournament. Schroeder was twice named MIAA Coach of the Year and her teams appeared in three NCAA tournaments. She coached numerous all-conference players and two all- Americans. Schroeder left Truman State after the 2001 season as the coach with the most wins in school history, finishing with an overall record of 134-34-1.

Coach Schroeder graduated with a B.A. in Sociology with an emphasis in Psychology from UCLA in 1994. She was a four-year starter at shortstop for two national championship teams in 1990 and 1992. She was recognized as the shortstop on the Pac 10's All-Decade Team for the

1990s. Schroeder also played for the Bruins' women's soccer and tennis teams, and is the only female three-sport letter-winner in UCLA history.

In 1998, Coach Schroeder earned a master’s degree in Sport Psychology from the University of the Pacific. Schroeder lives in Stockton with her husband Pete, who is a professor at Pacific, and their two children, Johnna (16) and Asher (12). 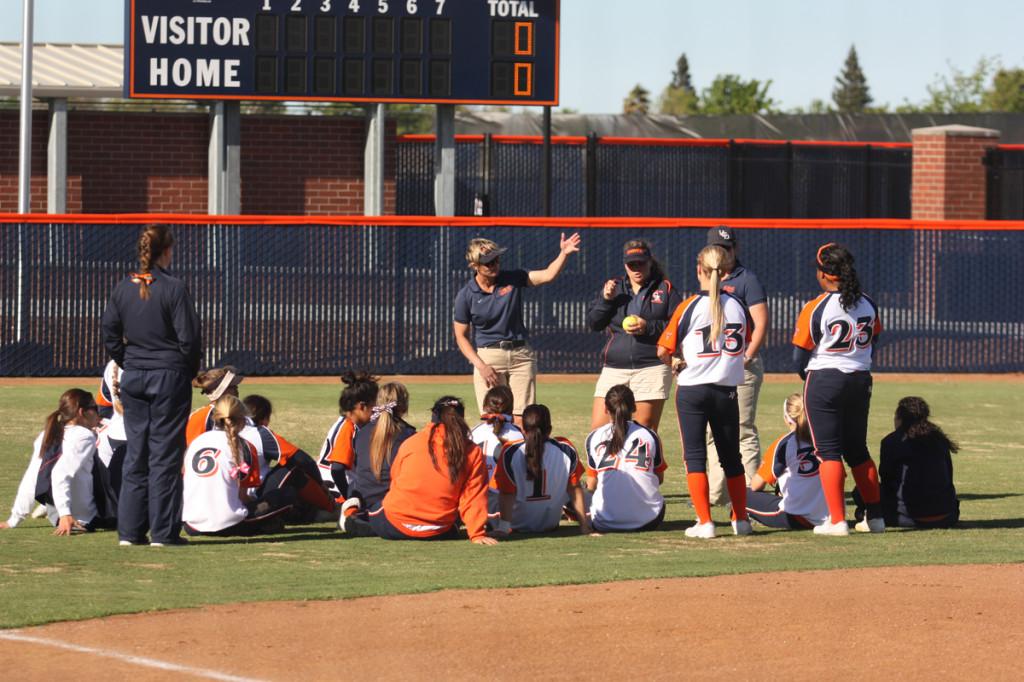